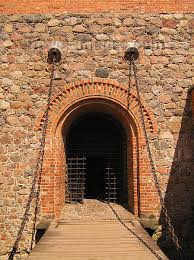 I was teaching a group of educators how to respond to a violent intruder the other day.  In response to my lecture a "security consultant" working for this particular organization kept emphasizing the importance of perimeter security, so much so that he appeared to minimize the widely accepted  strategies of run, hide & fight.  His argument was that if a school could just harden their perimeter security enough it would prevent the active shooter from getting inside and hurting others.  Sadly, many well intentioned people hold this same view.  Unfortunately the data from the past 15 years of school violence and active shooter incidents in our country doesn't support that view.  Is reasonable perimeter security part of the solution?  Absolutely.  Should it be the primary strategy to counter active shooters or violent intruders?  Absolutely NOT!  Here are a few things to consider as you ponder this issue...

Perimeter security is important for quite a few reasons, it protects property, reduces the likelihood of child abductions and helps create a positive learning environment by seperating the school from the surrounding community.  However, when it comes to active shooters and violent intruders, it plays a much less significant role.  Make sure your school is learning strategies to help staff and students survive once evil has already entered because more than likely they will walk right through the door.