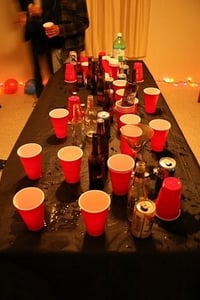 When you take that campus tour during the college selection process be sure to ask:

With better than 80% of the reported campus sexual assaults involving alcohol or drugs can we afford to still have a single zero tolerance policy?

Can you imagine the added stress to a student who has just been traumatized by a sexual assault (while they were intoxicated) wondering if their reporting of the assault may also lead to the end of their college career?

It is understandable that a victim who may have been drinking is reluctant to report their victimization when they may have been breaking the law at the time of the incident. Some schools have introduced an “amnesty” for such circumstances, and few police departments would pursue such charges with assault victims, but these positions are seldom made part of the alcohol orientation process.

Over the last year or so the media has been extremely active in distributing overblown statistics regarding campus sexual assaults. Even the nation’s highest political circles have tossed around the “1 in 5”assault figure full well knowing that the source of the information, a poorly designed and implemented 2007 DOJ study, has been repeatedly debunked. While many positive actions have come from the new found impetus on campus sexual assault processing, one of the key components to reporting campus sexual assaults has been overlooked by an overwhelming number of colleges and universities. The schools so noted continue to advertise and adhere to a zero tolerance policy on drugs and alcohol.

The whole zero tolerance movement gained prominence in the late 1980’s when both K-12 and higher education started cracking down on disorderly and often illegal behavior. Severe punishments were mandated for violations of rules, regulations, and laws regardless of the circumstances.

The public today sees only one side of the problems associated with zero tolerance when they read of a fifth grader expelled from school for aiming a “finger thumb gun” at a classmate, or an 11th grader suspended for 30 days for bringing aspirin to school. Both legislators and members of the general public are now noting that “no slack” policies often lack common sense and are calling for revisions to such policies. Unfortunately this carryover of zero tolerance has become a marketing tool for many colleges and universities especially with drugs and alcohol.