We Can Learn From The Three Little Pigs 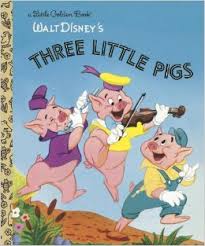 Recently the media has done several stories on a mid-west school district that is being billed as the "safest school in America".  They are to be commended.  They have equipped their schools with state of the art security technology and trained their staff and students how to effectively lock down in fortified rooms.  I wish all schools took safety as seriously as they do.  However what the articles appear to be missing is the critical piece of situational awareness.  You see all the hardware and technology in the world cannot save a life if the people occupying  the space fail to recognize the threat  (situational awareness) and react, whether with the help of  technology or good old fashions strategies like run, hide or fight.

I'm not suggesting this school isn't taking situational awareness seriously.  I can't image they aren't. It is tragically a detail more than likely omitted by the media. So the lesson to share is this:

This reminds me of the Three Little Pigs.  They eventually made their way to what they thought was the impenetrable brick house.  Had they fallen asleep or gotten so preoccupied playing cards they may have  never heard the wolf climbing onto the roof.  But because they did...they built the fire before he came down the chimney.  And we all know how that ended. It wasn't the bricks, the strong door or the fire that saved them.  It was their situational awarness.