Is your school's All Hazards Plan in Compliance with Chapter 10 of the PA School Code? 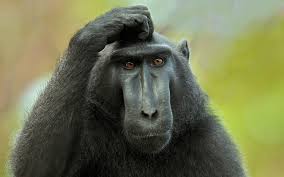 Recently I had several districts ask me if their All Hazards Plan (AHP) was in compliance with Chapter 10 of the PA School Code after attending an AHP training session sponsored by PEMA.

Apparently some of the instructors indicated that if your AHP did NOT contain a series of appendix describing greater detail on responding to hazards that the plan was not in compliance.

As I researched this issue I discovered a few things:

2. If you are subject to a safe schools audit in the near future and they question your plan's compliance refer them to the sample on PEMA's website.

3. The sample School AHP provided in both PEMA's course materials and web site do NOT contain appendix.

4. When I contacted by source at PEMA they were unable to provide sample appendix and indicated they were hoping to develop them soon.

5. There appears to be no official recommendation for appendix at this time and there are no official samples of appendix.

My contact at PDE then reached out to PEMA regarding this issue.  We hope to get some clarification from them in the near future.  The best advise I can offer right now is simply this;

If your current AHP is consistent with the sample provided by PEMA on their website I believe you are in compliance with school code.  While appendix might be a nice supplement it appears as of this blog it is not currently required in order to be in compliance.  It would be reasonable to argue that if it was required then it should be in the sample plan provided by PEMA.

We look forward to further clarification of this blog in the near future as PEMA continues to develop resources and guidance to support school All Hazard Plans.

This is John Baker for safetysolutions4schools.com.  If you are interested in someone reviewing your plan to see if you meet PEMA's current sample; give me a call.