Airports and Education... Both Grounded by Bomb Threats. How are social media threats impacting our schools? 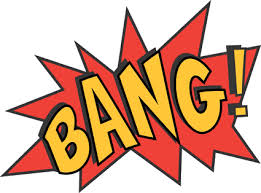 Apparently the spike in reported social media bomb threats and threats of general violent behavior over the last several months has not been directed at only major airlines. According to a report issued in February by the National School Safety and Security Services we are experiencing a “nationwide epidemic of violent school threats”. The data, gathered from August through December of 2014, went on to note that of the 812 school threats recorded, Pennsylvania ranks third among all states with 55 documented incidents. Equally as troubling was the information that sitting atop the threat categories was the bomb threat, and that almost 40% of all threats were generated electronically using social media, texting and electronic mail.

As much as I hate to admit I graduated from high school almost 50 years ago and my high school received bomb threats regularly. The perpetrator would telephone the administrative office and tell the secretary “I’m going to blow up the school” and the process would begin. A school evacuation, a wait of several hours while police and teachers searched the school, then back to class for the rest of the day. Sometimes we were sent home, but not often.

School safety and security experts such as Ken Trump from the National School Safety and Security Services strongly recommend that schools now adopt a social media assessment component as part of their threat assessment plan since social media threats have become so prevalent. Unfortunately research reveals that few schools or even local police departments can afford social media analysis software nor do they have the staff that can devote time to being a true social media analyst. All is not lost though, several articles on this  subject mention free software such as what is offered by Social Mention, which will track many of the more commonly used social media site.

Here are a few tips to help you develop a plan to respond to social media threats:

Once administrators acquire some comfort level in acquiring what the law enforcement community calls “actionable intelligence” they can refocus on actual threat evaluation protocols. The safety and security team at IU13 would love to discuss creating that culture of reporting noted above, threat assessment or any of the other of the topics discussed in this blog.

For Safety Solutions 4 Schools this is Wayne Silcox